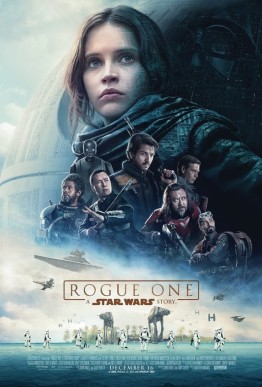 So, I watched Rogue One: A Star Wars Story recently. As a long-time fan of Star Wars, I have to begin by saying it was everything I wanted The Force Awakens to be. That I liked the movie at all came as a surprise, because for a long time I held a healthy level of skepticism about its value as a story. After all, the ultimate outcome of the movie has been known since 1977. I called it a “throw-away story.” As much as the movie helped dispel that notion, it was more so the realization that knowing the outcome of events doesn’t make the work leading to them any less important.

As a Christian, I believe God has already told us the end of all things. In fact, God’s predictive prowess is a hallmark of His incomparable nature: “I declare the end from the beginning, and from long ago what is not yet done, saying: My plan will take place, and I will do all My will.” (Isaiah 46:10, HCSB)

In keeping with this, He revealed to the Apostle John His plan for the consummation

of the millennia of work He had done in bringing mankind back into perfect relationship with Himself. For a brief glimpse, see Revelation 21 and 22 (some excerpts are on this page). So we already know how the story of mankind, the world, all of history ends. God wins and with Him all who acknowledge, seek, and submit to Him. Suffering over. Death at an end. Knowing the end, however, does not diminish every day between now and then. Our suffering, our struggles, our choices matter. Not just for ourselves, but for others.

When we surrender ourselves to God, and allow Him to work in and through us we play the role in God’s story for which we were designed. Jyn, Arno, K2, and the whole cast of Rogue One played a major role in Star Wars, even while being a small part. They only obtained the Death Star plans, whereas Luke, Han, and the other classic characters destroyed it. Likewise, though our part in the story is minuscule compared to Christ’s and we may only provide in our lifetime the groundwork for others to do great things, without the groundwork those things will never come to pass.

Perhaps, in part, my enjoyment of Rogue One is owing to a respect for the quiet, smaller scale heroes. Now I know, no story is a throwaway. Least of all the one God is composing in your life and mine.